After an epic week of snowboarding in Niseko it was time to say goodbye to Hokkaido and make our way back to Tokyo. In what turned out to be a blessing in disguise, we encountered a bit of a mishap with the bus company and realised at 5pm on our last day that the final bus of the day had already left… leaving us only 3 hours to find another way to get all 8 of us to New Chitose Airport in time for our 9pm flight (usually a 2.5 hour commute by bus!) A few hopeful phone calls at the Niseko Welcome Centre front desk and 25 minutes later we were bundled into our own private mini shuttle bus bound for Chitose. #winning

Not only did the shuttle feel totes exclusive and like we had planned it that way all along (that’s what we told ourselves anyway) it also got us back to the airport in 2 hours flat as we didn’t need to make a stop halfway! On top of that, when we checked in we realised our flight had been delayed so we had even more time up our sleeves. And that’s when the discovery of an ENTIRE section dedicated to ramen on Level 3 of New Chitose Airport happened. That’s right, an entire wing of the food level made up of 10+ ramen restaurants all in the same corner called “Ramen Dojo” (translation: “Ramen Training Hall” – like the kind of hall where a karate tournament would take place). We walked in and felt like we were in ramen heaven! As it was already 9pm by this stage some of the restaurants had started to close. We ended up sitting down in a little shop called Menya Kaiko – partly because they had snow crab ramen on the menu (a specialty in Hokkaido and not really something we would find in Tokyo) and mostly because it was still open and looked popular with customers. When we sat down the two Japanese girls opposite us were exclaiming “Oishi!” (translation: yum!) a few times to each other which was a good sign too.

Tobi’s order was the snow crab ramen which consisted of thin ramen noodles in a spicy red miso soup topped with Asian greens, finely sliced leek, bamboo shoots and two snow crab claws. The soup had a distinct miso flavour but with a subtle hint of seafood in the broth which was most noticeable at the end of each spoonful. It was great. For all those non-seafood but yes-ramen lovers out there, still give it a try if you’re ever in the northern part of Japan as it wasn’t as seafood-y as we expected it to be at all – this was the first time Alice had tried seafood ramen and it was a pleasant surprise. Tasty!

Alice’s order was the shiro miso (white miso) leek ramen. Menya Kaiko specialises in miso ramen and offers two types of miso on the menu: aka miso (red miso) and shiro miso (white miso). A few practice runs with Tobi the mobile language dictionary and we were able to ask the waitress what the difference between the two types was in Japanese. For anyone wanting to try this at home: “Sumimasen, shiro miso to aka miso no chigaiwa nan deska?” She explained that shiro miso is a little sweeter and aka miso has more of a meaty flavour. The shiro ramen came out topped with thinly sliced leek, braised pork belly, bamboo shoots and bonito flakes. Served with a generous dose of togarashi (chilli powder) of course :)

Overall, our meal here last Friday night really hit the spot for a late night airport dinner. The cosy and buzzy setting and ramen chefs cooking up a storm along the back wall made us feel like we could easily have been in a little ramen restaurant in Tokyo, and the “Ramen Dojo” design has set the bar very high for airport food courts! Easily one of the best airports we’ve been to food-wise. Top tip for anyone travelling home from Niseko by plane… get there a little early and eat when you get to the airport. Free wi-fi too so you can post a photo of your experience as you slurp up that delicious ramen soup. 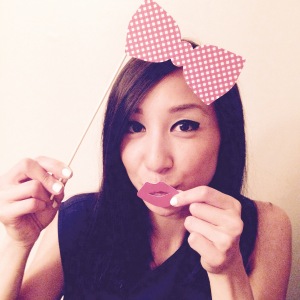 Food: Two types of miso and the snow crab ramen was something a little different (7/10)
Drink: Can’t go wrong with complementary iced water! Pretty sure there was beer on the menu too if you’re in the mood… (5/10)
Vibe: Felt like we were in a cute little ramen restaurant in Tokyo (7/10)
Overall: 6.3/10